DescriptionThis plant bug has a long oval, green body with long antennae and hind legs. Males develop orange coloration as they mature.The Common Capsid is a very similar green bug but, the key to positive identification of the Potato Capsid lies in the two brown dots on the pronotum region just behind the head.however the two spots on the pronotum can be frequently absent, similarly the dark markings at the top of the scutellum.Specimens from northern Britain may have brownish-black markings. Legs -The tibial spines are shorter than the width of the tibia, and the length of the 2nd antennal segment is roughly equal to the 3rd and 4th combined.

Early instars tend to appear uniformly green but after the final metamorphic moult the adult insect emerges quite pale and will take some days to develop mature colouration.

Habitat A common / widespread bug found in meadows ,hedgerows across Britain, where it feeds on a wide variety of plants, principally nettles, composites and clovers.The Potato Capsid (a true Miridae bug) is a minor pest of potatoes ,. carrots and chrysanthemums but is just as happy feeding on nettles, thistles, ragwort, clover 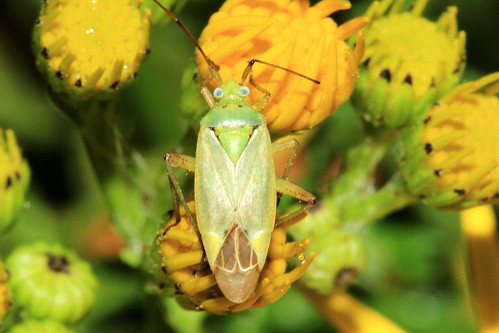 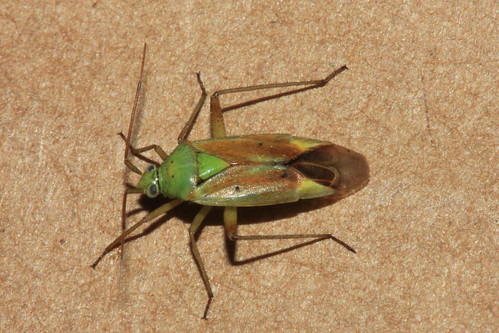 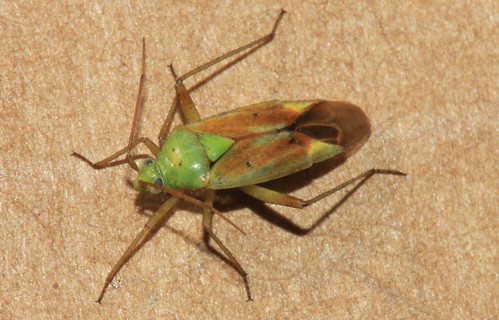