Leptopterna are common grass bugs which generally have reddish or orange-yellow forewings. They possess a longitudinal furrow between the eyes and the legs and antennae are covered in long dark hairs. The head is much wider than the front edge of the pronotum.

Male: Colour darkens with age, from black and yellow to black and orange-red The length of the 2nd antennal segment is much greater than the 3rd and 4th combined.* Males are always macropterous (fully-winged)

Female: The 2nd antennal segment is thinner than the base of the front tibia. * and females usually brachypterous (partly-winged).

Eggs are laid in summer in the lower part of the stem, where they partiallt develop over the summer and autumn, they become inactive over winter and when a a warm spring spell ensues development begins, Hatching in May into Greenish young with black markings. These young feed on most part of the plant. The adults appear at the end of June, with male specimens emerging first , they are plentiful in July but very rare by September.

This species abounds in damp moist grassy places throughout the UK, particularly on Couch Grass , Meadow Foxtail and Yorkshire Fog. 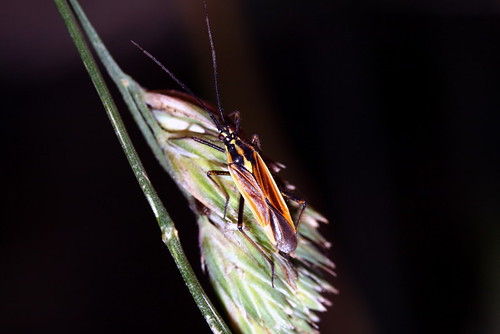 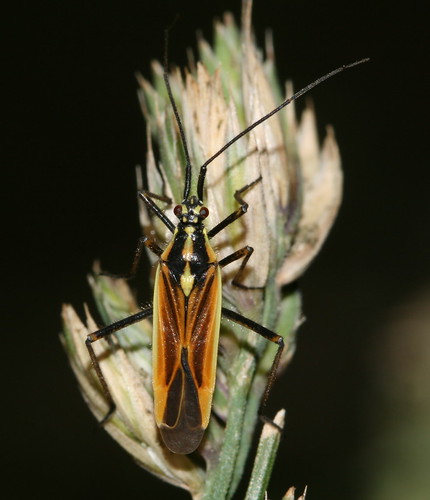