Identification Liocoris tripustulatus is a small, variable but ornate bug. The scutellum is decorated with a heart shaped marking. Just like the two spots in the wings and the snout the colouring of the heart is variable: from whitish yellow to deep orange. There also is a more or less visible band running over the body from side to side about halfway. This band often is orange or brownish. Colour variation is age related siome examples are shown below 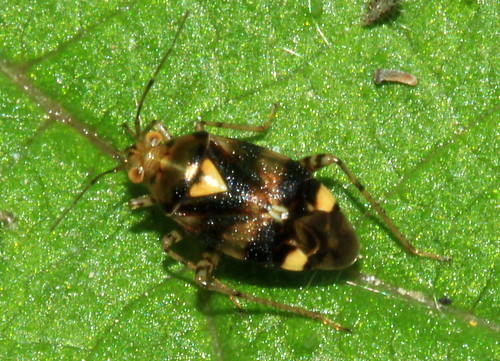 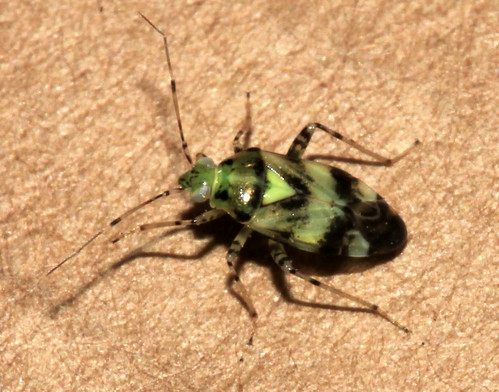 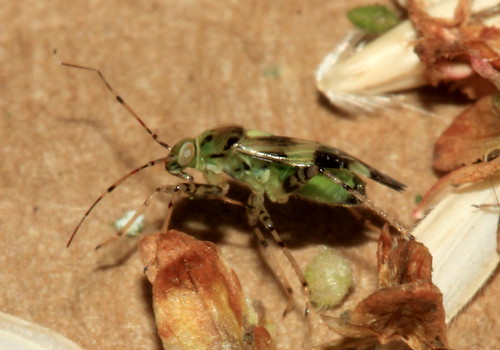 The eggs are being laid in April and hatch in May. The larvae are not very similar to their parents, for they are green entirely. The larvae live on Nettle only. They suck on the flowers especially. The first adults are seen in July. They may also been seen on many other plants. It is unclear whether they also feed on these other plants or on Nettles exclusively. Adults live for a long time, there is only one brood each year. Adult Liocoris tripustulatus overwinter. During this time they hide between leaflitter, behind loose bark or in holes in trees made by wood drilling animals. 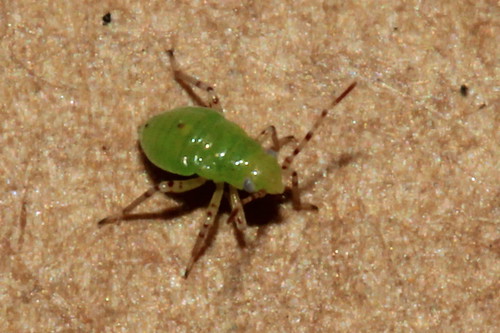 Habitat Ubiquitous in habitat.As long as there's nettle, it will be around. Woods, along woodland margins, gardens, parks, wastelands and in the center of cities. Liocoris tripustulatus can be found all over Europe, the Near and Middle East, Western Asia and the Caucasus. It is common and often abundant species throughout Britain.