Notostira species are grass bugs and in common with other grass mirids have a longitudinal furrow between the eyes. The genus is sexually dimorphic - Male Female differences

Males are black on the upperside, with the margins yellowish-green
Females are much paler and appear similar to Stenodema laevigata espceciall the new second generation of late summer which are straw coloured Differentiation is on the basis of the pronotum which is smooth and unpunctured and there are dense dark hairs on the 1st antennal segment and hind tibiae.

Life cycleN.elongata has 2 generations a year, early summer and August onwards. Fmales of the autumn generation are larger and much pinker than the summer generation, although the males are very similar. Autumn generations mate and the female overwinter, egg development resuming the in spring. 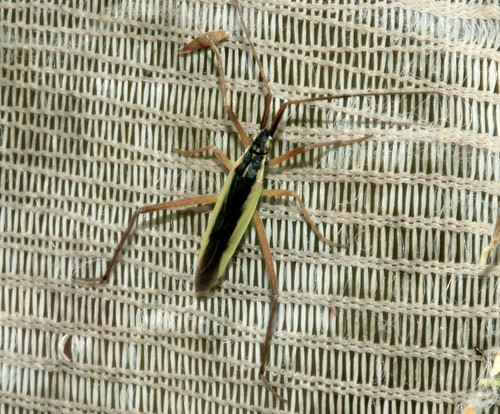 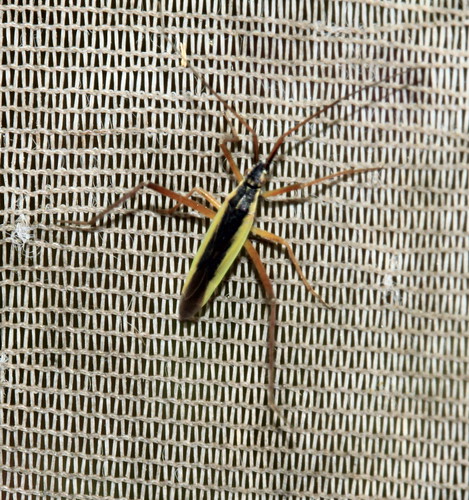