Identification The Genus Stenodema are elongate grass bugs adapted for grassland habita They have a longitudinal furrow between the eyes. The genus is distinguished by the coarsely and densely pitted pronotum.

S. laevigata is similar to S. calcarata and S. trispinosa, but is lacking in femoral spurs. The underside of the hind femora has a notch , near the apex. It is also easily confused with female Notostira elongata which shares a similar habita

Life Cycle Adults and larvae feed on unripe grains of a variety of grasses, but is often commoner in damper habitats than S. calcarata. adults overwinter and mate in spring, Males and Females are typically green , although males usually darker than females. Larvae present May-July, The new generation of Adults is straw-coloured and are seen from July onwards blending with the dry yellow summer grasses.

A common UK Specieswith Adults / larvae feeding on the unripe grain in a variety of grasses, Tends to be commoner in damper habitats than S. calcarata. 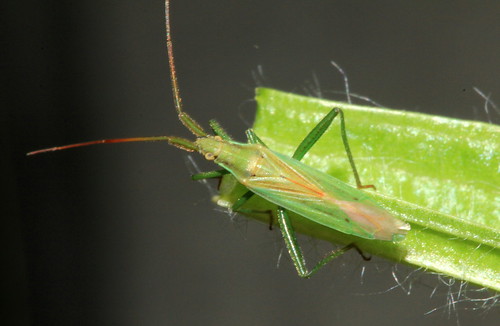 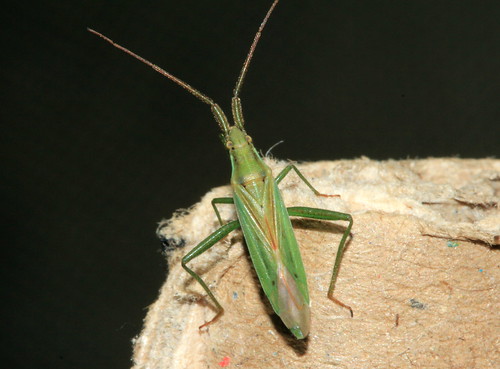 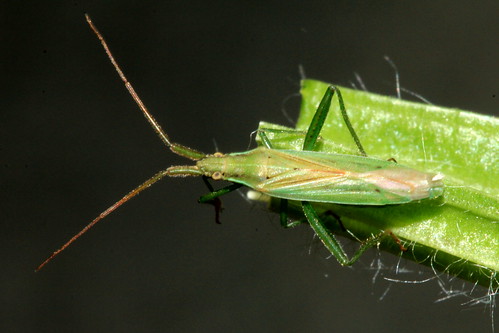