It resembles the arger and more elongate Hawthorn Shieldbug (A. haemorrhoidale) and confusion is possible. The lateral extensions of the pronotum in E. intersinctus,are smaller and not marked with red ,by comparison the scutellum of A. haemorrhoidale is green, and the abdomen frequently red-tipped.

Larvae. Are around June - September

Life Cycle This species overwinters as an adult completing mating early spring larvae feed principally on birch, but may also be located on aspen and hazel. The shots below show a white egg attachment discoid in appearance which is likely a parasitic tachnid Phasia hemiptera a parasite

Habitat Common species of Parks Garden Woodland and mature Hedgegrows Common and widespread in mixed birch woodlands across Britain and Ireland. Is attracted to light during Moth trapping 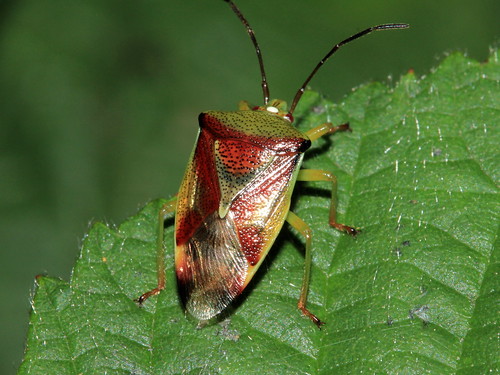 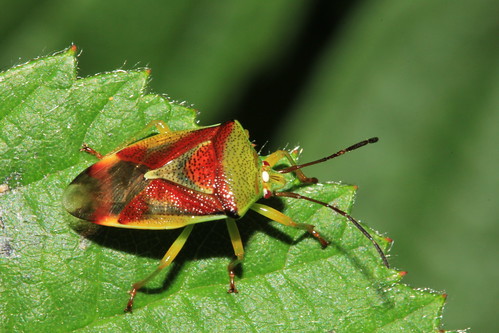 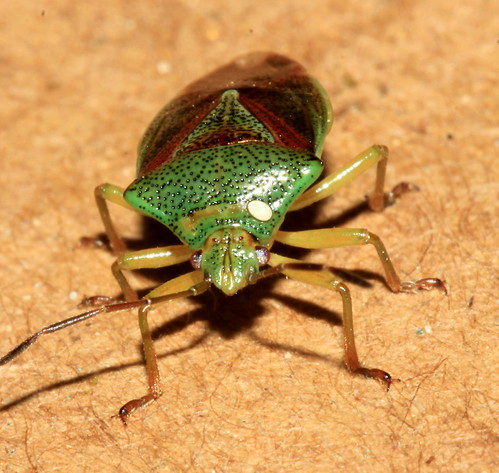