Description Also known as the Red Legged SB it is a large brown shieldbug which has red / orange legs and slightly hooked projections at the front of the pronotum.but in the main the shoulders are square-cut and rounded at the front, which makes it quickly identifiable The tip of the scutellum has a pale spot which is variable in colour from orange to cream.

Life Cycle An overwintering Shieldbug The Adults is partly predatory, feeding on caterpillars / other insects as well as fruits. There are only perhaps 3-4 other species which do so notably Spiked , Sedate New adults are found July onwards, surviving until the late autumn, eggs are laid in August. Early Spring Adults are located implying the possibility of a secondary breeding cycle

Habitat Very common across Britain in wooded areas, orchards and gardens. It may be found along fence and tree lines on breezy days The Nymphs feed primarily on oak additionall Alder, hazel and other decidous trees are utilised , including cherry and apple . 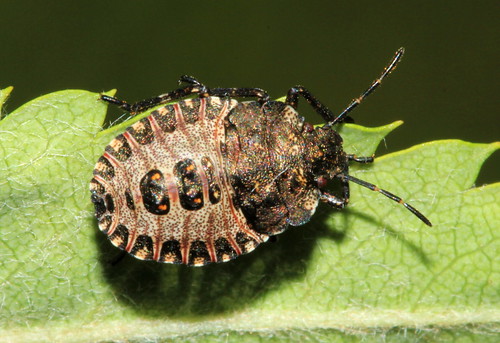 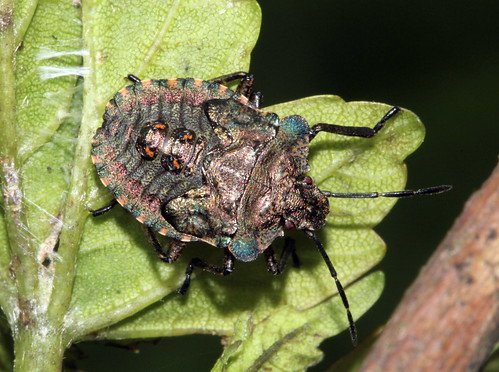 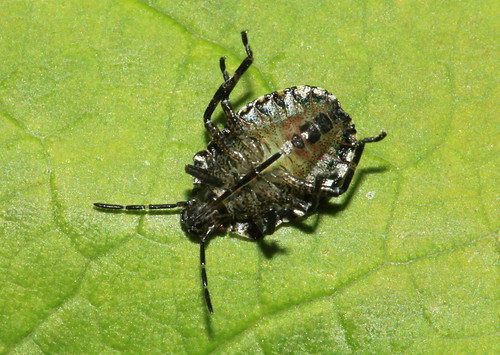